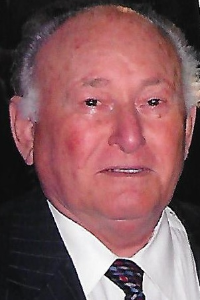 Dedham: Nikolas J. Vlahos, 87, formerly of Worcester, passed away on Wednesday, November 30, 2016 at Norwood Hospital. He leaves his wife of 59 years, Chrysoula (Koumpis) Vlahos; two sons, Harry Vlahos and John Vlahos and his wife Michelle; two grandchildren, Nikolas and Christine Vlahos; a brother, William Vlahos of Greece; a sister-in-law, Agnes Tsourides, a Goddaughter, Natalia; and many nieces and nephews. He was pre-deceased by a brother.

Nikolas was born in Greece, son of the late John and Eugenia Vlahos. He graduated from high school in Greece and served in the Greek Army before moving to Australia, where he and his family lived for over 10 years. In 1967, the family moved to the United States Nikolas owned and operated several restaurants - including Nick's Pizza. He was a member of Saint Spyridon Greek Orthodox Cathedral in Worcester and enjoyed fishing and spending time with his family.