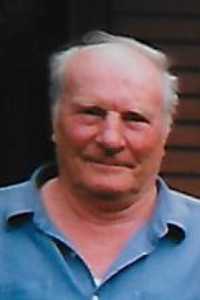 Worcester: Herman Schlegel, 84, passed away on Monday, November 28, 2016 at UMASS Medical Center, University Campus surrounded by his loving family. He leaves two sons and daughter-in-laws Mark and Jennifer Schlegel of Worcester and Brian and Lisa Schlegel of Hubbardston; 6 grandchildren- Ethan, Jillian, Joseph, and Joshua Schlegel, Jason Schlegel and his fiance Shannon Lynch, and Amanda Henrickson and her husband Paul; a brother and sister-in-law Charles and Dorothy Schlegel of NY; and many nieces and nephews. He was pre-deceased by his wife Phyllis (Girardi) Schlegel, and 4 brothers- Edgar, Roy, Elton, and Hugo Schlegel.

Herman was born in Worcester, son of the late Joseph and Aldoia (Williams) Schlegel.. He graduated from Commerce High School and worked as a heavy equipment operator for the City of Worcester for many years. He was an avid Patriots fan and enjoyed hunting, fishing, and spending time with his family.

Calling hours will be held TODAY, Wednesday, November 30, 2016 from 4-7 p.m. in Nordgren Funeral Home 300 Lincoln St. A funeral service will be held on Thursday, December 1, 2016 at 11:00 a.m. in the funeral home. Burial in Worcester County Memorial Park, Paxton, will be private at a later date.

In lieu of flowers, donations in Herman's memory may be made to the American Cancer Society. For directions or to leave an online condolence message, please click link.