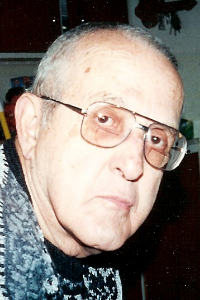 SPENCER; Arico A. Bellizzi, Sr., 82, of 24B Howe Village, died Wednesday, November 23 at the Village after an illness.
He leaves his wife of 60 years, Mary A. "Pat" (Anderson) Bellizzi, six sons; James J. Bellizzi and his wife Nance of So. Carolina, Anthony A. Bellizzi and his wife Joanie of Spencer, Arico A. Bellizzi, Jr. of Spencer, Jerry J. Bellizzi and his wife Brenda of Brookfield, Louis N. Bellizzi and his companion Deb of Northboro, Gary R. Bellizzi and his wife Lori of Warren, 13 grandchildren and 4 great-grandchildren.
Born in Worcester, he was the son of Gennero & Louise (Buffone) Bellizzi.
Mr. Bellizzi was a truck driver for 30 years working at Keystone Automotive in Auburn, retiring in 2012.
He was a member of the First Congregational Church in Spencer. He was a member of the Spencer Rescue Squad for over 15 years and raised to the rank of Lieutenant. He was a member of the Spencer Fire Department for 10 years and was a member of the Spencer Knights of Columbus 4th Degree. He was past president of the Quinebaug Valley Campers of Southbridge. For 29 years he enjoyed camping in Wales, MA. He was the Patriots #1 Fan. He also enjoyed golfing, spending time with his family and living for his grandchildren.
The family would like to say Thank You to the staff at the Jewish Healthcare Hospice for all the professional care that they gave him and a Very Special Thank You to Bernice who was his caregiver.
A Memorial Service will be held Friday, December 2 at 11 A.M. in the J. HENRI MORIN & SON FUNERAL HOME, 23 Maple Terr. Burial will follow in Worcester County Memorial Park, Paxton. Calling hours will precede the Service from 9-11 A.M. in the funeral home.
Please omit flowers. Contributions may be made to the Senior Citizen Club of Leicester, P.O. Box 143, Leicester, MA 01524.