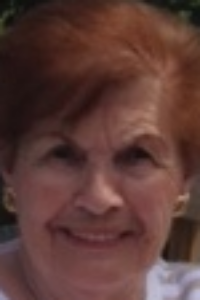 Irene worked at Sprague Electric Company for 19 years. In her retirement she enjoyed volunteering at the former Worcester City Hospital. She was a devote member of Christ the King Church and was very active on different committees and boards, including the woman’s guild at the church. Irene was affectionately known as “Meme” to everyone. She cherished spending time with her family, especially her grandchildren and great-grandchildren. Meme was an devoted Red Sox fan and enjoyed seeing their World Series wins.

The family would like to thank the entire staff at Shrewsbury Nursing Center for their compassionate care, kindness and friendship.

The Funeral will be held Monday, November 14 from CALLAHAN~FAY~CASWELL Funeral Home, 61 Myrtle Street with a Mass at 10AM in Immaculate Conception Church, 353 Grove Street. Burial will follow in Worcester County Memorial Park, Paxton. Visiting Hours are Sunday, November 13 from 2 to 5PM in the funeral home. In lieu of flowers, memorial donations may be made to the Mercy Centre 25 West Chester Street, Worcester, 01605.