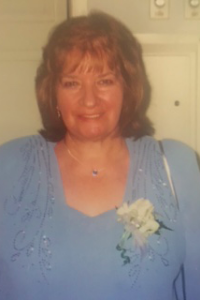 WORCESTER- Susan Ann Angelini, 63, passed away peacefully on October 31, 2016 at her residence.

She was born in Worcester on March 19, 1953, a daughter to the late Louis and Barbara (Wilson) DeMarco. Susan attended local schools and graduated from South High School in 1971. Following graduation she began working as a cook at Homestead Hall Rest Home where she was employed for 33 years.

She had a passion for cooking and was an avid collector of cook books. She enjoyed trips to the casino, reading and bowling with friends, but her most cherished times were spent at the beach, especially on Cape Cod. For many summers she traveled with her family to Truro, a place close to her heart. Above all the time she enjoyed the most was that spent with her family, especially her grandchildren.

Susan leaves behind her beloved husband of 16 years, Peter L. Angelini; her children, Richard Case and his wife Jennifer of Worcester; Amy Case of Leominster; Sean Case and his wife Amanda of Leicester; her siblings, David DeMarco and his wife Sandy of Barre; Deborah Day and her husband James of Mandeville LA; Louis DeMarco Jr., and his wife Joanne of Worcester; four grandchildren, Cayden Case; Ashley Ronan; Matthew and April Case; several nieces and nephews and many dear friends.

Besides her parents, she is predeceased by her sisters, Patricia Fayard and Robin Simonelli.

Visiting hours will be held on Sunday, November 6th from 12:00 until 3:00pm in the CALLAHAN FAY & CASWELL Funeral Home, 61 Myrtle St., Worcester. Memorial donations in her name can be made to the Massachusetts Arthritis Foundation, 29 Crafts St # 450, Newton, MA 02458