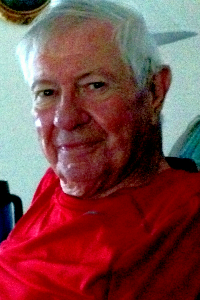 Worcester - Grindal E. Gardner, Jr. (G Man), 75, passed away suddenly Sunday, October 30, 2016, in his home. He is survived by his loving wife Anne-Marie (Ahnrud) Gardner; a daughter Michelle Morrell of NC; a sister Valerie Gardner of Worcester; three granddaughters Lindsay, Katelyn, and Abigail Morrell all of NC.
He was born in Worcester, son of the late Madeline (Morrison) and Grindal E. Gardner, Sr. Grindal graduated from South High School in Worcester and joined the Army National Guard in 1960. Once his Military assignment was complete, he started Gardner Construction Company which he owned and operated until retirement. He then worked for Central Paint Supply in Worcester for many years. He also belonged to the Greendale Retired Men’s Club.
Grindal was a friend to everyone he met. He was a giving and compassionate man, always willing to provide assistance to his many friends, family, and neighbors. He chose to further his acts of kindness by providing his body to the N.E. Donor Bank to benefit people in need. He was a dedicated Patriots fan and enjoyed working around his house and yard. His love, humor, guidance, kind heart, and compassion will be deeply missed by his friends and family.
In accordance with Grindal's wishes, there will be no funeral services. Memorial donations may be made to Greyhound Rescue of N.E., P.O. Box 507, Mendon, MA, 01756 who graciously allowed Grindal and Anne-Marie to adopt and love greyhounds Stanley, Dan, Bob, and Star.