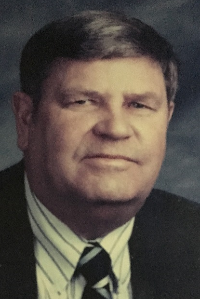 Webster- Robert E. ‘Bob’ Duteau, Sr., 83, passed away Monday, October 24, 2016 at Harrington Hospital, Webster campus.
He leaves his wife of 62 years and best friend since childhood, Norma B. (McKay) Duteau and his grandson, Michael E. Duteau, II of Webster.
Bob was also the father of the late Michael E. Duteau who died March 20, 1995 and Robert E. Duteau, Jr. who died June 22, 2016.
He was born in Worcester, son of the late Henry I. and Cecile G. (Bernier) Duteau and lived here most of his life. Bob was also predeceased by 2 brothers, Thomas and John.
Bob was a graduate of Bartlett High School.
Mr. Duteau was the President and Treasurer of the former McKay Roofing Co. in Webster from 1949-2001.
Bob was a past member of the Webster Finance Committee and was a former assistant Town Moderator. He was past president of the Webster-Dudley Chamber of Commerce, president of West Park Sales, and R.E.D. Realty. Bob also had numerous interests and hobbies, one was a partner with Bob Puchalski in Balloons Limited, a hot air balloon company which also flew over the Winter Olympics at Lake Placid. Another was his collection and interest in antique cars, guns and also enjoyed fishing and his Chinese Junk. In his seventies he and another friend and business partner, the late John Lewis, restored a yacht they named the “Lady JUNO”.
There are no calling hours.
At Bob’s request, there will be a Graveside Service on Monday, October 31, 2016 at 11:00 AM in Sacred Heart Cemetery, Webster next to his sons.
(Kindly Meet at the Cemetery)
In lieu of flowers, Memorial Contributions may be made to: Webster E.M.S., P.O. Box 869, Webster, MA. 01570.
The ROBERT J. MILLER FUNERAL HOME and LAKE CHAPEL, 366 School St., is honored to be assisting Bob’s family with arrangements.
For an Online Guest Book or to Share a Memory of Bob, please visit: RJMillerfunerals.net