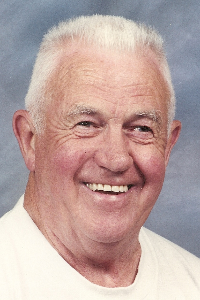 SPENCER; Albert G. Orne, Sr., 87, of 8 Woodside Dr., died Sunday, October 23 at Harrington Memorial Hospital in Southbridge after an illness.
He is survived and will be greatly missed by his two sons, George Orne and his wife Sherry of Leominster, Bobby Orne and his wife Cheryl of No. Brookfield, four daughters; Sharon Orne of Clinton, Mary Wedge and her husband Ray of Spencer, Eva Jones and her husband Paul of New Braintree, Carla Martinez and her significant other Jim of Spencer, twenty-one grandchildren, several great-grandchildren and nieces and nephews.
He was pre-deceased by his first wife, Muriel Orne, a daughter Carol Ann Jones, a son Albert Orne, Jr., two brothers, five sisters and two infant children.
Born in Millbury, he was the son of Carl & Eva (Dahlstrom) Orne. He was a graduate of Millbury High School. He went on from there to serve his country in the Navy in WWII. Upon discharge, he worked at Johnson Steel and Wire for 28 years, retiring in 1986. He then received a degree in computer science from Quinsigamond Community College. He was very involved at his church, First Congregational Church of Spencer, where he was member of their Men's League, taught Sunday school and volunteered at the Economy Shop. He was former treasurer of the Snow Birds Snowmobile Club, served on the Spencer Finance Committee, past member of the Gaudette-Kirk Post 138 American Legion in Spencer and was a Mason. He was a proud member of the NRA.
He loved gardening, feeding wild birds, attending airshows, watching wrestling and was an avid bowler.
Albert was especially grateful for the medical expertise and care provided by his granddaughter, Kimberlie Milner, who is a nurse. Above all, he was a family man devoted to his children, grandchildren and their well-being.
A Funeral Service will be held Wednesday, October 26 at 10 A.M. in the First Congregational Church of Spencer, 207 Main St. Burial with Military Honors will follow in All Faith's Cemetery, Worcester. Calling hours are Tuesday from 5-7 P.M. in the J. HENRI MORIN & SON FUNERAL HOME, 23 Maple Terr., Spencer. In lieu of flowers contributions may be made to the Shriners Hospital for Children, 516 Carew St., Springfield, MA 01104.