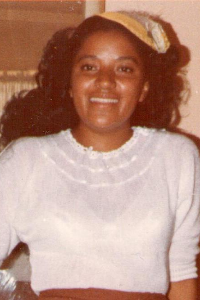 Elizabeth worked for many years at the Jewish Healthcare Center.

Visiting Hours are Monday, October 17, from 4 to 7PM with a Prayer Service at 6:30PM in Callahan Fay Caswell Funeral Home, 61 Myrtle Street. Burial will be private.