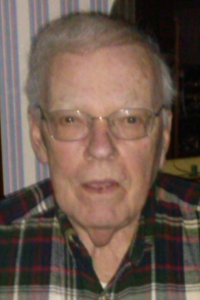 Paul E. Shannon, DMD, 84, of Worcester died Tuesday, October 11th in St. Vincent Hospital. He leaves a several cousins and close friends. He was predeceased by a brother, Robert F. Shannon in 2002.
He was born in Worcester, the son of Dr. Timothy M. Shannon and Agnes G. (Meehan) Shannon. Paul graduated from St. John’s High School, the College of the Holy Cross and Tufts University School of Dentistry. Dr. Shannon was a self-employed dentist for many years in Leicester.
Dr. Paul was one of the finest musicologists around. He was a member of Worcester Institute for Senior Education (WISE) at Assumption College where he began serving as Course Leader in 1993. He had a large following and the members of WISE loved his classes. He was a longtime participant in Music Worcester, formerly the Worcester Music Festival. He was a past lecturer for the Music Guild and was the main pre-concert lecturer for the symphonic and orchestral events. Paul attended many concerts at Worcester Auditorium, including many where his mother and aunt were part of the Worcester Chorus of Music Worcester, which sang with the visiting orchestras of the time, including the Philadelphia Orchestra and the Detroit Symphony Orchestra. Most recently, Dr. Shannon became involved in the Young Artist Competitions of Music Worcester. He also served as a judge for many years for Opera Worcester’s competition and served this past spring as a judge for its first iteration as the vocal component of Music Worcester’s Young Artist Competitions. Paul was a lifelong member of Opera Worcester where he served as past president, treasurer and publicity chairman. He also organized trips for the Opera to several places including New York City, Tanglewood, and Europe. He was a longtime member of Lions Club, Leicester where he served as the record keeper.
His funeral is Tuesday, October 18th from O’CONNOR BROTHERS FUNERAL HOME, 592 Park Avenue, with a Mass at 11:30 AM in Our Lady of the Angels Church, 1222 Main Street. Burial will follow in St. John’s Cemetery. A calling period will be held from 10:00 until 11:00 AM in the funeral home. Please omit flowers, memorial contributions in Dr. Shannon’s name may be made to Saint John’s High School, 378 Main Street, Shrewsbury, MA 01545 or to the Diocese of Worcester, Celebration of Priesthood, 49 Elm Street, Worcester, MA 01609.