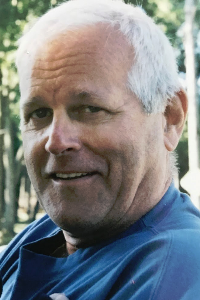 AUBURN:Robert William Norkaitis Sr. 80, a resident of Life Care Center of Auburn passed away on October 10th at 6:00 am at St. Vincent’s Hospital after a very brief illness. He left this earth surrounded by his loving family and has made the journey to join his beloved wife, Judith Ann McGuire Norkaitis, finally reunited for eternity.

He leaves his sons Robert Norkaitis Jr. and his wife Karen of Ware, Anthony Norkaitis of Oregon, daughters Deborah Morrisette and husband Paul of North Carolina, Deirdre Pratte and husband Corey of Leicester, Dana Antanavica and husband Stephan of Spencer, and Cecelia Gerard of Sturbridge. He also leaves his brother William Norkaitis and wife Laura of Forestdale. His many grandchildren and great-grandchildren were his pride and joy.

Robert was born in Worcester, MA and attended South High School graduating in 1953. He then attended Worcester Junior College and continued on to UMASS Amherst on a full football scholarship. He was a member of the Massachusetts Army National Guard and a member of the Teamster Local 170.

His favorite post-retirement job was driving for Knights Airport Limousine Service to and from the city of Boston. Robert was a passionate Boston Red Sox and New England Patriots fan, he simply enjoyed his family and his sports teams.

His children would like to thank the entire staff of the Life Care Center of Auburn for their exceptional care, kindness, friendship, and laughter shown to our father during his residence there. You became his second family as well as ours, we are forever grateful for you bringing such joy to him during his last days with us.

Our family will be celebrating our father in a private service. In lieu of flowers, our family respectfully requests that donations be made to St. Jude Children’s Research Hospital at www.stjude.org.