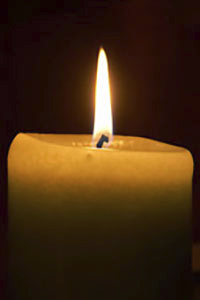 SPENCER: Dolores B. (Harrington) Carrigan formerly of Howe Village, died Monday, October 10 in Quaboag Rehab & Skilled Nursing Center in W.Brookfield.
She was the wife of Joseph F. Carrigan who died in 1999. She leaves her sons John Howard and his wife Carol of Spencer, William Howard and his wife Doris of E.Brookfield, Joseph Howard and his wife Bonnie of Spencer, and Christopher Carrigan and his wife Jennifer of Lenoir, NC., her daughter Susan Sespaniak and her husband Joseph of Spencer, 11 grandchildren and several great grandchildren, nieces and nephews. She is predeceased by her sisters Madeline Loiseau and Esma Ouelette.
She was born in Merrimac, Ma., the daughter of Wesley and Vera (Canam) Harrington. She enjoyed playing bingo at the Knights of Columbus in Spencer.
Private funeral services were held at the convenience of the family in the J.HENRI MORIN & SON FUNERAL HOME, 23 Maple Terr., Spencer. Burial was in Mary, Queen of the Rosary Cemetery, Spencer. In lieu of flowers, contributions may be made to the Center of Hope, P.O. Box 66, Southbridge, Ma. 01550 or a charity of choice.