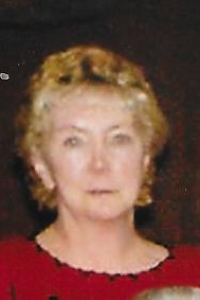 Worcester: Janet M. (Butler) Mayfield, 75, passed away on Friday, October 7, 2016 in St. Mary's Healthcare surrounded by her loving family. She leaves her husband, James R. Mayfield; a son- Richard Werme and his wife Mesha of CA; two daughters- Cheryl Ferriter and her husband Timothy of West Boylston and Sharon Wagner of Worcester; six grandchildren- Padraic, Paige, Dylan, Justin, Erica, and Ryan; a sister-in-law Marie Butler; and many nieces and nephews. She was pre-deceased by a son Gerald Werme, a sister and brother-in-law- Mr. and Mrs. Donald Haynes; and 2 brothers- Gerald Butler and Ralph Butler and his wife Frances.

Janet was born in Brooklyn, NY, daughter of the late Arthur and Dorothy (Vickery) Butler. She moved to Worcester, graduated from Commerce High School, and worked for many years as a nursing assistant in the emergency room at Memorial Hospital. She was a member of the former St. John's Episcopal Church and the Worcester Senior Center, where she and her friend and sister-in-law enjoyed playing bingo. She loved all animals and took care of many over the years.

Calling hours will be held on Tuesday, October 11, 2016 from 6-9 p.m. in Nordgren Funeral Home 300 Lincoln St. Worcester. A funeral service will be held on Wednesday, October 12, 2016 at 10:00 a.m. in St. Michaels on the Heights Church 340 Burncoat St. Worcester. Burial will follow in Worcester County Memorial Park, Paxton. In lieu of flowers, donations may be made in Janet's memory to the Worcester Animal Rescue League 139 Holden St. Worcester, MA 01606. For directions or to leave an online condolence message, please click link.