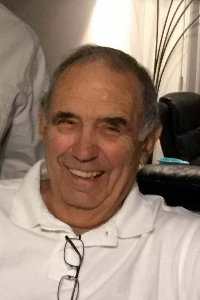 Henry was born in Worcester, son of the late Romulus and Albertine (Beaudette) Desrosiers. He is a 30 veteran of the United States Navy, serving as an Engineman during the Korean War, onboard the USS Rush. That assignment included a circumnavigation of the globe. After actively serving his country he continued for 26 years in the reserve fleet, attaining the rank of ENCS.

Mr. Desrosiers worked for 40 years at the former Commonwealth Gas Company and NStar as a mechanic and fleet manager. An automotive engineer he also taught aspiring mechanics for many years at Worcester Vocational HS, post graduate night school.

Mr. Desrosiers was a consumate and caring husband and family man. The patriarch of his family. He was a loving grandfather who spent many hours conversing with and encouraging his grandchildren.

A funeral service with military honors will be held at a future date to be announced. Henry will be interned at Worcester County Memorial Park 217 Richards Ave. Paxton. In accordance with his wishes, there will be no calling hours.

Those wishing to join the family at the service should a message on Henry’s obituary with their contact information so they can notified when a service date has been determined.