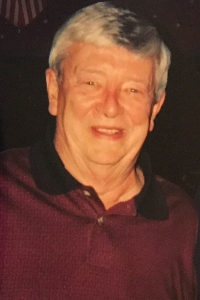 WORCESTER- John Earley, 73, passed away on Friday, October 7th at St. Francis Rehabilitation and Nursing Center, with the love of his life by his side, Norena Senior.

John was born in Worcester on March 11, 1943 to the late John and Grace (Heffernan) Earley. John was raised in Auburn and graduated from Auburn High School. He began his career working for Cullen Engineering as a Land Surveyor, a job that he was very proud of. During his time there he worked on various project from the Mass Pike, all the way to Maine. He was a compassionate, kind and caring person and because of this he began a career at Worcester State Hospital. He was as a dedicated Mental Health Worker, serving the State for 33 years before retiring in 2004.

John was an avid sports fan and athlete. He enjoyed playing and watching Baseball and Golf. John spent many times visiting Saratoga where he enjoyed watching the horse races. For many years, he volunteered his time coaching the Girls Softball League at the American Legion Post 318. A quiet and simple man, he will be fondly remembered for his quick wit, incredible sense of humor and his heart of gold.

John courageously fought with Heart disease and later on with Parkinson’s disease. Despite his struggles he always remained optimistic.

He leaves behind the “Love of His Life”, Norena Senior of Worcester; several cousins and extended family members and his friends at the Post. He will be deeply missed by all who had the pleasure to know him.

Norena would like to extend her sincere thanks to the VNA Care Network, all of the staff at St. Vincent’s Hospital, Fairlawn Rehabilitation Hospital and the St. Francis Rehabilitation and Nursing Center for the wonderful care that was given to John. A special thank you to Dr. John Batbouta who cared for John over the past 25 years.

A Graveside Service will be held at 11:00 am on Friday, October 14 at St. John’s Cemetery, 260 Cambridge St., Worcester. Funeral arrangements are in the care of CALLAHAN FAY & CASWELL Funeral Home, 61 Myrtle St., Worcester. Memorial donations may be made in his memory to either the American Parkinson Disease Association, 72 E. Concord St., Boston, MA 02118 or to the American Heart Association, 300 5th Avenue, Suite 6
Waltham, MA 02451.