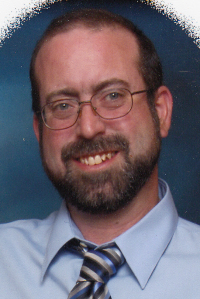 He leaves his wife of 25 years, Laurie L. (Gibbons) Roy; a daughter, Kayla M. Roy (22); a son, Danny A. Roy II (18), all of Oxford; 4 brothers, Richard Roy and his wife Amanda, and Joseph Roy, all of Sterling, and Brian Roy and Peter Roy, both of Manchaug; a sister, Kimberly Roy of Framingham; nephews and nieces. Danny was a loving father, husband, brother, cousin, uncle and friend.

He was born and raised in Linwood, son of the late Richard Roy and Doris (Menard) Roy, and lived in Manchaug and Uxbridge before moving to Oxford in 2001. He graduated from Sutton High School in 1986.

Mr. Roy was an electrical/mechanical assembler for Nelmore’s Company in Uxbridge for 20 years. He then held the same position at Consolidated Fabricators in Auburn and then in Oxford, leaving last year due of illness.

He was a member of the Singletary Rod and Gun Club in Sutton. A handyman, he liked repairing and building things. A long-lived hobby he enjoyed to the fullest was fishing; he participated in many derbies with his family. He loved playing hockey in his younger years and continued that interest in his support of the Boston Bruins. He also was a musician and loved playing his guitar.

A church service will be held at 5:00 PM in Oak Hill Bible Church, 40 Sacarrappa Road, Oxford on Friday, October 14, followed by a celebration of his life until 8:00 PM at the same location. There are no calling hours. Arrangements are under the direction of Sitkowski & Malboeuf Funeral Home, 340 School Street, Webster.