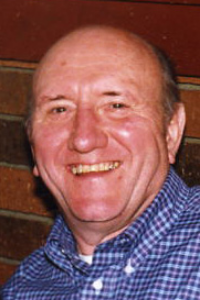 Marlborough - David Henry Martin, 87, of 51 Farrington Lane, Marlborough, passed away peacefully in his home on Saturday, October 1 surrounded by his loving family. He is formerly of West Lake Street and Hemlock Street in Worcester.

His beloved wife of 52 years, Joan D. Martin, died in 2012. David is survived by his children Diane M. Balinski and her husband, Eugene W. Balinski, of Marlborough and David J. Martin and his wife, Doreen Martin, of Spencer. He is also survived by his grandson, Richard Leonard of Spencer, his sister-in-law, Barbara Hokanson and her husband, Russell Hokanson, of Wilmington, DE as well as many much loved nieces and nephews. David’s sisters, Olive Clark and Dorothy Wahlstrom, and brother, Howard Martin, predeceased him. He was born in Worcester on November 18, 1928, son of Alexander and Ethel (Fenton) Martin. He lived for many years in Leicester before returning to Worcester.

David was a graduate of Leicester High School. He worked at Wyman Gordon Company in Grafton for 40 years, retiring in 1992. David was a long time member of the Greendale Men’s Club as well as several bowling leagues. David enjoyed traveling, bowling, casino fun, and the company of his family. He was a man of great faith, baptized into the Catholic faith in 1962.

David’s funeral will be held from the Alfred Roy & Sons Funeral Home, located at 12 Hammond Street in Worcester on Friday, October 7 with a funeral Mass at 10:00 a.m. at Our Lady of the Angels Catholic Church, 1222 Main Street, Worcester. Burial will be at St. John’s Cemetery in Worcester. Calling hours are from 4:00 to 7:00 p.m. on Thursday, October 6 at Alfred Roy & Sons Funeral Home.