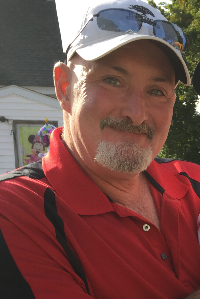 Michael was born in Worcester the son of Michael J. and Patricia M. (O’Connor) Mara. Mike graduated from St. John’s High School, where he was a standout football player and was the winner of the Francis X Corsac Award in 1980. After St. John’s, he went on a football scholarship to the University of Maine. Mike was the former owner of Mr. Magoo’s Bar in Worcester. He was also a member of the Iron Worker’s Local 57 and worked as a contractor.

Mike was a very hard working, outgoing, funny, kind and generous person and was loved by all. He loved spending time with family and friends. When it came to golf, Mike ran the Clearview Country Club Turkey Shoot every year at Thanksgiving and was a part of the Annual New Hampshire Open. He will be greatly missed on the course by his friends especially, Kelsky and Jeffaroo. He was a member of the Fraternal Order of Eagles Aerie 4311. Mike was a fan of all New England sports teams especially the Patriots and Red Sox

Visiting hours will be held on Wednesday, October 5th from 5:00 until 8:00 pm at CALLAHAN FAY & CASWELL Funeral Home, 61 Myrtle St. His Funeral Mass will be held on Thursday, October 6th at 10:00 am at St. Peter’s Church, 931 Main St. Burial will be in Worcester County Memorial Park, Paxton. Memorial donations may be made to Dana-Farber Cancer Institute, P.O. Box 849168, Boston, MA 02284-9168 or www.danafarbergiving.org