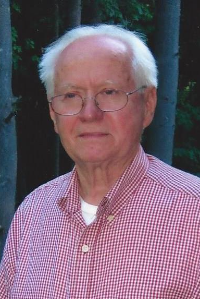 Victor Joseph Glowka, 86, of Bellingham died unexpectedly on Monday, August 1, 2016 at his home. He was the beloved husband of Lillian A. (Trinque) Glowka for the past for 64 years.

Born in Bellingham on August 27, 1929, he was the son of the late Joseph P. and Katarzyna (Zemba) Glowka.

Mr. Glowka was a lifelong resident of Bellingham and graduated from Bellingham High School in 1948.

He served as a merchant marine for one year and then proudly served in the Army during the Korean War where he was a member of the 18th Army Band at Fort Devens.

Retiring at age 62, Mr. Glowka had worked at Anchor Motor Freight in Framingham for over 40 years and was a member of Teamsters Local 170.

Mr. Glowka was a professional musician playing the saxophone, clarinet and the flute and also gave clarinet and saxophone lessons. He performed at many weddings and community events throughout the years and was a member of the Blackstone Valley Big Swing Band and the Milford Musicians Union. He also enjoyed playing in a Jazz combo with his son David, nephew Joe Whalen, his late brother Bill, and his friend Bud.

He was an avid gardener and also loved spending time with his children and grandchildren.

Besides his wife, he is survived by his children, Kathleen M. Lindsey and her husband Charles of Franklin, Joseph V. Glowka and his wife Laurie Jones of Franklin, David M. Glowka and his wife Donna of Bellingham and Cynthia A. Weir and her husband David of Blackstone and five grandchildren, David M. Glowka, Jr., Christopher C. and Katherine M. Lindsey and Alicia and Erica Weir.

He is also survived by a sister Christine Garnett of Coral Gables, FL and many nieces and nephews.

He was the brother of the late Josephine Colson, Emily Olbrys, Helen Bourgeois, and Edward and William Glowka.

Relatives and friends are invited to attend his funeral from the Ginley Crowley Funeral Home, 3 Barber St. in Medway (www.ginleyfuneralhomes.com) on Saturday, August 6 at 9:00 a.m. followed by a funeral Mass at St. Brendan Church, 382 Hartford Ave. in Bellingham at 10 a.m.

Burial will follow at St. Joseph Cemetery in Medway.