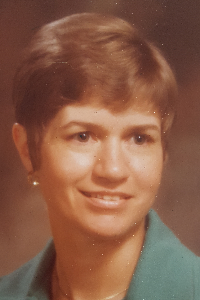 CHARLTON: June K. (Butkiewicz) Lapierre 78, of Reynolds Rd., died Thursday, June 30 in Overlook Masonic Home in Charlton.
She was the wife of Donald S. Lapierre who died in 2012. She leaves her sons Scott Gale and his wife Rebecca and Jay Gale and his wife Jane, her daughter Jill Lindgren and her husband Scott all of Charlton, her brother Victor "Bucky" Butkiewicz and his wife Beth of Spencer, her sisters Janice Beauchamp of E.Brookfield and Deborah White and her husband Phil of Spencer, a step daughter Debra Santilli of Port St. Lucie, Fl., 8 grandchildren and 7 great grandchildren, nieces and nephews.
June was a long time operations manager at Commerce Ins. Co. in Webster, retiring in 1992. She then worked several years at Barre Savings Bank.
Born in Holden, she was the daughter of Victor and Dorothy (Metterville) Butkiewicz and was raised in Spencer and graduated from David Prouty High School. She previously lived in Dudley, Barre and most recently Charlton. She was a member of St. Joseph's Parish.She enjoyed vacationing in Maine and country line dancing with her husband.
The family would like to thank the caring staff at Overlook Masonic Home and Overlook Hospice, especially Tina Edwards.

A Memorial Mass will be held on Thursday, July 7 at 10 a.m. in St. Joseph's Church, 10 H.Putnam Rd.Ext., Charlton. Burial will follow in St. Hedwig's Cemetery, Southbridge. There are no calling hours. In lieu of flowers, contributions maybe made to the American Diabetes Assoc., 10 Speen St., Framingham, 01710.
J.HENRI MORIN & SON FUNERAL HOME, 23 Maple Terr., Spencer is directing arrangements for the family.
www.morinfuneralhomes.com