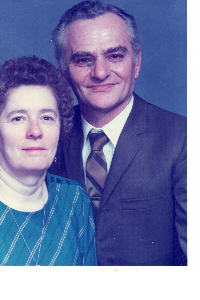 Worcester-Theodore Kokkinos, 91, passed away on Sunday, June 26th at UMass Memorial Medical Center-Memorial Campus. His wife of 58 years, Vasiliki (Sotiriou) Kokkinos passed away on February 28, 2011. Theodore leaves his son, Spiros Kokkinos with whom he lived and was his sole caregiver; his nephew, Spiro Efstathiou of Worcester; his nieces, Anna Sotiriou Engonidis of Holden and Irene Sotiriou Vogiatzis of Wilmington, NC and several nieces and nephews in Greece and his sister, Xantho Fafooti of Athens, Greece. He was predeceased by his brother, Elias and his sister, Sophia in Greece.

Theodore was born in Lia, Greece son of Theodore and Anastasia (Kouka) Kokkinos and served with the Greek military. He emigrated to the Unites States in 1950, where he worked for 36 years at Table Talk Co. in Worcester. Theodore was a member of the Bakery & Confectionary Union Local 251. He loved fishing, hunting and gardening. He also loved to watch his favorite baseball team, the Boston Red Sox.

There are no visiting hours. Funeral services and burial for Theodore will be held privately and at the convenience of the family. Memorial donations in Theodore’s name may be made to St. Spyridon Greek Orthodox Cathedral, 102 Russell St., Worcester, MA 01609. Arrangements are in the care of CALLAHAN FAY & CASWELL Funeral Home, 61 Myrtle St.