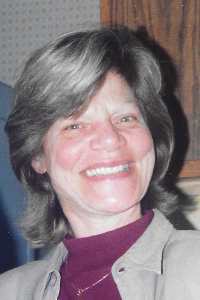 Worcester: Carol J. (Anderson) Vokes, 79 passed away on Saturday, June 18, 2016 in Blaire House of Worcester surrounded by her loving family. She leaves two sons- Kris and his wife Keri Vokes of Shrewsbury and Kerry Vokes of Grafton; three grandchildren- Nicholas, Chelsie and Benjamin Vokes; a brother Arthur Anderson of Alabama; two sisters, Susan Anderson and Marilyn Foisy, both of California; and several nieces and nephews. Carol was predeceased by her loving and much-loved daughter, Lisa Vokes and her former husband, Ronald H. Vokes.

Carol was born in Worcester, daughter of the late Raymond and Arlene (Flagg) Anderson. She graduated from Commerce High School and attended Clark University and Quinsigamond Community College. She worked for several years as an executive secretary before devoting her time and energy to being a full-time wife and mother. She lived in Shrewsbury for many years before moving to Worcester several years ago. She was a member of First Assembly of God Church, and she very much enjoyed bible study, time spent with family and friends, and offering help when it was needed.

A calling hour will be held on Wednesday, June 22, 2016 from 9:30-10:30 a.m. in Nordgren Memorial Chapel & Funeral Home, 300 Lincoln St., Worcester. The funeral service will follow at 10:30 a.m. in the funeral home. Burial will follow in Worcester County Memorial Park, Paxton.