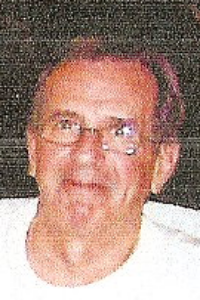 LEICESTER; Dennis P. Farrell,65, died peacefully at his home on June 17, 2016 surrounded by his loving family.

Left to mourn his passing is his cherished wife Diane (Syc), his children Sean Farrell, Keith Farrell and his wife Sherry and Erin Sherman. He also leaves a step-son, John Syc and his wife Michelle. Cherished memories of times spent with Grandpa will be remembered by Dennis's five grandchildren, Collin Farrell, Kaitlyn Sherman, Markus Williams, Kayla and Andrew Syc. Dennis is survived by his brother William "Bill" Farrell and wife Kathy, his sister Sandra Gorman and husband James, and step-mother, Judy Farrell. He also leaves many nieces, nephews, and extended family members.

In addition to his parents, Dennis was predeceased by his wife, Claudette (Gagnon) Farrell; and Clare (Adams) Farrell, the mother of his three children.

Dennis was born in Worcester, MA to William and Mildred (Frost) Farrell. He grew up in Worcester, and was a 1969 graduate of Worcester Boys Trade School as an electrician. After honorably serving our country in the Army during the Vietnam War, Dennis returned to Worcester and pursued a lifetime career as an electrician. He was employed at Heald's Machine Company until their closure, and then joined Morgan Construction (which later became known as Sieman's, and currently is known as Primemetals). Dennis retired in September, 2015.

Dennis enjoyed maintaining his home, especially keeping the landscaping curb appealing. Dennis's hobby and love was his 1968, 396 Chevelle that he enjoyed taking to shows and for Sunday rides.

For the past 9 months, Dennis fought a courageous battle with cancer. His positive spirit and inspiration throughout this ordeal was admired by all. The family would like to thank all who touched our lives during this time, especially, Dr. Cavanaugh, Dr. Papper, Dr. Rooney, Dr. Casey and their staffs, and Notre Dame Health Care.

The Funeral will be held Thursday, June 23 from MORIN FUNERAL HOME, 1131 Main St. Leicester, with a Mass at 10 A.M. in St. Pius X Church, 1154 Main St., Leicester. Burial with Military Honors will follow in St. Joseph's Cemetery, Leicester. Calling hours are Wednesday, from 4-7 P.M. in the Funeral Home. In lieu of flowers, donations may be made in Dennis's memory to St. Vincent Cancer & Wellness Center, One Eaton Place, Worcester, MA 01608; or Notre Dame Health Care, 555 Plantation Street, Worcester, MA 01605.