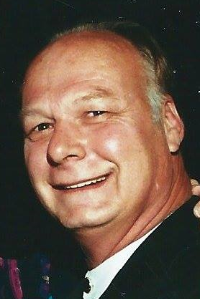 WEBSTER- John L. “Jack” Hadley, 67, died Sunday, June 12, 2016 at home surrounded by his family after a determined fight against the cancer.

He was born in Worcester, a son of John J. Hadley of Florida and Anita “Floating Leaf” (Trudell) Hadley of Webster. He was a graduate of Auburn High School, Class of 1967.

Mr. Hadley was a veteran of the United States Navy. He was a member of the American Legion Webster-Dudley Post 184.

Jack began his long work history working for Rich Swett at the lumberyard and picking vegetables at Adamski’s Farm, many of which he ate instead of bagging or crating them. Through the years Jack had a number of part time jobs including the Auburn Arco Gas Station, where the stray cat he named Forever climbed into his car one night and firmly planted herself in his heart. He would tell stories of what it was like delivering oxygen to the third floor back when he worked for New England Medical Supplies. Then Jack put to work the machine repair skills he learned while in the Navy. He began fixing typewriters and other business machines for New England Stationers. From there he went to Royal Typewriter of Auburn where he worked for many years until the owner retired. After a short stay at Best Business, Jack began working at Roland’s Business Systems, where he has gone to play since 1995. Jack enjoyed his career of fixing typewriters and photocopiers, carrying a screwdriver in his back pocket for many, many years.

Many Sundays while the kids were growing up, during the summer Jack and the kids could be found at one of the local ponds fishing. He even convinced Lynne to try fishing right up until the evening she caught a very talkative horn pout. Jack was an accomplished pool shooter. But what Jack loved most was shooting darts and getting others interested in darts. He was a past member of the Worcester Dart League, ran the Monday night dart tournament at the Mount Auburn Lounge and started the ongoing monthly tournament at Webster-Dudley American Legion on School Street in Webster.

We would like to thank the cancer team at UMASS, Dr. Vaezi, Dr. Rava, Dr. Walsh and Dr. Suzuki and everyone who works in their respective areas including the people who work in and with the infusion center, especially Teri. There are too many wonderful people to name who took care of both Jack and Lynne during the past year making a very difficult time a little easier to navigate.

A memorial dinner will take place at the American Legion, 9 Houghton St. on Saturday, June 25 at 12:00 P.M. Memorial donations may be made to either: Rise Above Foundation, Inc., PO Box 174, Northbridge, MA 01534 or to Woman’s Auxiliary, American Legion Post 184, 9 Houghton Street, Webster, MA 01570. Funeral arrangements are under the direction of Sitkowski & Malboeuf Funeral Home, 340 School St., Webster, MA .