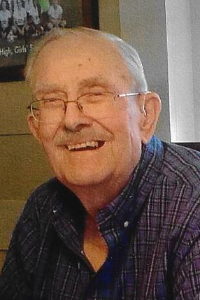 Shrewsbury- Nelton James "Joe" Leck, 89, of Southgate in Shrewsbury, MA passed away on June 17, 2016 after a short illness.

Joe was born in Yorktown, Texas on June 1, 1927 to Willie and Leona (Remmers) Leck. He grew up in Yorktown, graduated high school in 1944, and enrolled in the pharmacy program at the University of Texas in Austin. Before completing school, he joined the Navy and served in San Leandro, CA as a Pharmacist Mate 3rd Class. During this time he met his future wife, Doris Warden. They were married on October 17, 1946 back in Austin where he completed college. He worked as a pharmacist and store manager for Walgreens in Texas and then in MA where he moved his family in 1953. He became a pharmaceutical rep for E.R. Squibb where he worked for many years and won numerous trips for best salesman to Mexico, Spain, and Paris. He then owned his own pharmacy, Daniel Street Pharmacy in Fitchburg, MA.

Joe and Doris enjoyed traveling around the United States in their recreational vehicles. They became snow birds and wintered in both Texas and Florida. He was an avid gardener having beautiful gardens at all his homes, especially at the lake home on Sunset Lake in Ashburnham. He could always be found behind the movie camera recording family events. He also spent many hours refinishing furniture.

Nelton is survived by his wife of 69 years, Doris Leck of Shrewsbury; his three daughters Kathleen Doherty and her husband Jack of Murrells Inlet, SC, Martha Leck-Leonard and her husband Mark of Lunenburg, MA, and Patricia Nordberg and her husband John of Worcester, MA. He is also survived by 8 grandchildren-Tim Doherty of Baltimore, MD, Amy Doherty of Arlington, MA, Brian Doherty and his wife, Felicia of Denver, CO, Heather Potwin and her husband David of Hong Kong, China, Kristen Lanzillotti of Wilmington, MA, Joshua Nordberg and his wife Lauren of Bainbridge Island, WA, Jenna Grittani and her husband Christopher of Portland,ME, Matthew Snyder and his wife Lisa of Holly Springs, NC ; and 7 great grandchildren-Elliott,7 and Claire,5 Nordberg of Bainbridge Island, WA, Zoe Jane,4 and Eve June, 2 Potwin of Hong Kong, China, Avery,2 and Ryleigh, 9 months of Holly Springs, NC, Jonathan "Jack" Doherty, 4 months of Denver, CO.

A calling hour will be held on Tuesday, June 21, 2016 from 10-11am at Nordgren Memorial Chapel, 300 Lincoln Street, Worcester, MA. A funeral service will follow at 11:00am in the funeral home. Burial will follow at Worcester County Memorial Park. For directions or to leave an online condolence message, please click guestbook link above.