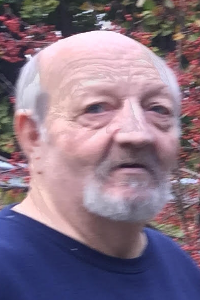 WEBSTER: Harry J. "Jack" Carlson, III of Prospect Street died Wednesday, June 15 in UMass Memorial Hospital after an illness.
He leaves two sons; Christopher L. Carlson of Webster and Michael Carlson of Colorado, two daughters; Renee' M. Carlson of Cherry Valley and Nicole L. Carlson of Charlton, a brother Ronald E. Carlson of Spencer, three grandchildren; Corey Robbins, Nathaniel Berthiaume and Annalisa Hair. He was predeceased by a daughter Liisa A. Carlson and a brother Dean Carlson.
Jack was born in Worcester, son of Harry J. and Evelyn I. (Dion) Carlson. He graduated from David Prouty High School. He was a delivery driver for Coca Cola Corp. in Worcester for over 20 years retiring in 1988. He enjoyed playing pool, had a love for football and riding his Harley.
A Memorial Mass will be held Wednesday, June 22 at 10:00 AM in Our Lady of the Rosary Church, 7 Church Street, Spencer. Burial will follow in Mary, Queen of the Rosary Cemetery, Spencer. There are no calling hours. In lieu of flowers memorial donations may be made to Mary, Queen of the Rosary Parish Memorial Fund, 60 Maple Street, Spencer, MA 01562.
www.morinfuneralhomes.com
Attachments area