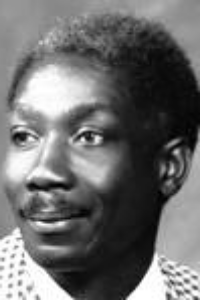 Two brothers, Bertram and Horace Browne; and two sisters, Violet Husbands and Gertrude Connell, all predeceased him. His step-daughter, Diana J. Pettersson of Worcester, died March 8, 2016. He was born in Bridgetown, Barbados, son of the late McDonald and Blanche (Browne) Connell and moved to Worcester in 1970.

Everton worked at Lutco, Incorporated in Worcester for many years until he retired. He previously worked for many years at Chicago Dressed Beef Company, also in Worcester. He was a founding member of Emmanuel Baptist Church in Worcester, served as their first Deacon and Chairman of their Deacon Board, and was a Worship Leader for many years. He enjoyed baseball, basketball, cricket and spending time with his family. He will be remembered for his ice cream making, his talent as a shoe cobbler, and his encouraging spirit.

A MEMORIAL SERVICE will be held at 10 A.M. on SATURDAY, JUNE 25 at EMMANUEL BAPTIST CHURCH, 717 Main Street. Burial will be in Hope Cemetery at the convenience of the family. The family suggests donations in memory of Everton be made to the Emmanuel Baptist Church Scholarship Fund, 717 Main St., Worcester, MA 01610.

Kelly Funeral Home, 154 Lincoln St., is assisting the family. To share your thoughts and memories with the family on-line, please visit www.kellyfuneralhome.com