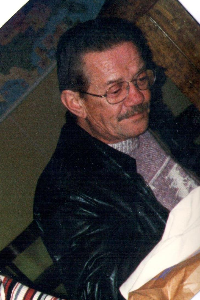 WORCESTER-George W. Duxbury, III, 71, of Worcester, died Wednesday, June 8, 2016. He is survived by his best friend, Mary Ellen Corriere and her two children, Jennifer and Matthew; a sister, Louise Duxbury of Agawam, MA; a son, Daniel Duxbury of Phoenix, AZ; a daughter, Leigh Ann Duxbury of Charlton; two granddaughters, Samantha and Harleigh; a great grandson; nephews and nieces and many, many close friends. He was predeceased by a sister Diane Brassard of Leominster.

He was born in Pittsfield, MA, son of George W. Jr. and Doris (Benoit) Duxbury. George graduated from Shrewsbury High School and was an Air Force Veteran of the Vietnam War. He worked for the New England Telephone Company/Verizon, retiring after 40 years. He was a member of the Main South American Legion Post #341 and Tatnuck American Legion Post #288.

It was George’s request that a private Funeral Service be held at a later date. Arrangements are in the care of CALLAHAN FAY & Caswell Funeral Home, 61 Myrtle Street, Worcester.