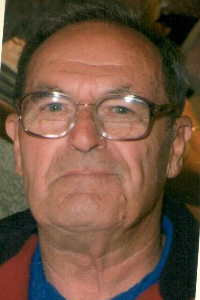 Malcolm was born in Worcester a son of the late Howard W. and Mary C. (Rousseau) Coleman. He was raised in Worcester and attended local schools where he graduated from Commerce High School. Following graduation he enlisted in the United States Air Force from 1960 until 1966. He began work at Atlantic Aviation before working for the Worcester Airport where he retired after 30 years. He then worked for the WRTA as a driver for over 15 years. Following his retirement from the WRTA, he worked for North End Mo¬tor Sales.

Mr. Coleman enjoyed trips with the Rockwood Yankees, a camping club he belonged to building and flying model airplanes. He was an active parishioner at St. Christopher Parish.

He is predeceased by a brother, Kenneth L. Coleman.

The family wishes to express their sincere thanks to Giselle and Mariam of VNA Care Hospice for their exceptional care and support.

In lieu of flowers, memorial donations may be made the VNA Care Hospice, 120 Thomas St., Worcester, MA 01608
www.faybrothers.com