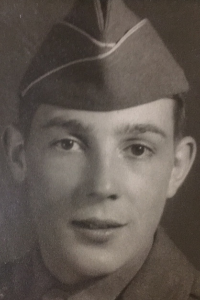 He was born in Worcester, the son of Ephraim and Eldora (Maynard) Reed and lived in Leicester for many years. Mr. Reed was a bus driver for the Worcester Regional Transit Authority for many years. A member of the Greatest Generation, Wallace served during World War II in the United States Army; he was captured during the Battle of the Bulge in December of 1944 and liberated in April of 1945. He was a member of St. Aloysius/St. Jude Parish and the Rochdale VFW Post 7556 and enjoyed gardening, listening to music, and spending time with his family, especially his grandchildren. He enjoyed all local and Boston sports teams.
The funeral is Saturday, June 11th from O'CONNOR BROTHERS FUNERAL HOME, 592 Park Avenue, with a Mass at 10:00 A.M. in St. Aloysius/St. Jude Church, 489 Pleasant Street. Burial will be in St. John's Cemetery, Worcester. Calling hours are Friday, June 10th from 6:00 until 8:00 P.M. in the funeral home. In lieu of flowers, contributions may be made to the Parkinson's Disease Foundations, 1359 Broadway, New York, NY, 10018 or the Rochdale VFW Post 7556, 713 Pleasant Street, Rochdale, MA 01542.