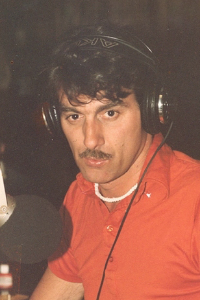 Worcester – Mark P. Parenteau, 66, of Worcester, died on Friday, June 3rd in Massachusetts General Hospital in Boston after an illness.

Mark worked his entire career as a radio personality, his journey started back when he was 15 years old and he hosted weekend shows for the former WORC under the name of Scotty Wainwright. Mark spent time in Detroit and later came back to the area and went to work at WBCN, this is where Mark always wanted to work and considered it to be his dream job at the time. He later went on to work in New York City and then finished his career with XM Radio.

Mr. Parenteau was born in Worcester, son of the late Paul and Lorraine (Crean) Parenteau. He graduated from South High School and also earned a certificate degree in engineering communications.

Mark is survived by his brother, Barry L. Parenteau and his wife Dale of Millbury and two nieces, Laine and Malen Parenteau and a nephew, Sean McGinn. Mr. Parenteau is also predeceased by a niece, Kaley Parenteau.

The family would like to extend a heartfelt thank you to the team of doctors and nurses at Massachusetts General Hospital for the exceptional care and compassion that was given to Mark over the last few weeks.

A funeral mass will be held on Saturday, June 11 at 10AM in Our Lady of the Angels Church 1222 Main St. There are no calling hours and the family requests that memorial contributions in memory of Mark be made to the Millbury Dollars for Scholars c/o Millbury Savings Bank 109 Main Street, Millbury, MA 01527.