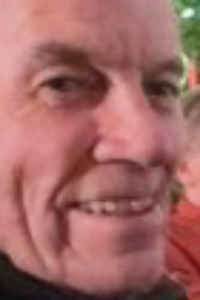 WEST BOYLSTON- Robert L. Hager, 85, of West Boylston died Thursday, June 2 in St. Vincent Hospital. His wife of 61 years, Virginia M. “Ginger” (Clough) Hager died in 2013. He leaves a son, Robert A. and his wife, Karole D. Hager of Jefferson; a daughter, Susan J. and her husband, Anthony A. Meola, Jr. of West Boylston; four beloved grandchildren, A. Matthew and his wife, Magen Meola, Garrett R. Meola and his finance, Beverly Rogers, Shelley L. and her husband, Michael J. Bonomi and Dylan J. Hager; two great-grandchildren, Mia A. Meola and Claire F. Bonomi. He was born in Worcester, son of Charles W. and Dorothy M. (Sorenson) Hager and graduated from Commerce High School and attended classes at the New England School of Accounting, Clark University and W.P.I. Robert served in the U.S. Army, stationed in the Panama Canal during the Korean War.

Robert owned and operated Harrison-Hager, Inc. for 25 years, a distributor of abrasives and specialty products, prior to that he worked at the Norton Company for 35 years. He was a member of the First Congregational Church of West Boylston and the Boylston Lodge of Masons A.F. and A.M.

Bob personified the expression joie de vivre. He loved life and relished the people in his. Whether friend, relative or complete stranger, Bob was always ready with a helping hand, poignant story or sage advice. He was a kind and gentle man and enjoyed life’s simple pleasures. He was appreciative for his numerous blessings. He loved being with his family and they adored him as did his many friends and acquaintances. He was especially proud of his grandchildren and two great granddaughters. Bob was a meticulous man not only in appearance but in his endeavors Many referred to him as "dapper”. "To know him was to love him" truly applied to Bob.

He was an avid golfer and enjoyed taking long walks in the woods and on the beaches of Cape Cod as he loved the outdoors and surrounding himself with the sanctities of nature which he often captured on canvas. As a young man he played baseball and hurled a pretty mean knuckle ball. In his later years due to his illness he continued to be a sports enthusiast and watched golf and always rooted for the Red Sox and Patriots. He was always the eternal optimist. He will be sorely missed by all who knew him and whose hearts he touched, especially those of his beloved family.

A Private Memorial Service will be held at FAY BROTHERS Funeral Home, 1 West Boylston Street. Burial will be private in Pine Grove, Cemetery, Boylston. There are no visiting hours. In lieu of flowers, donations may be made to the Boylston Lodge A.F. and A.M., PO Box, 225, West Boylston, 01583 or The First Congregational Church, 10 Church St. Boylston, MA 01505.