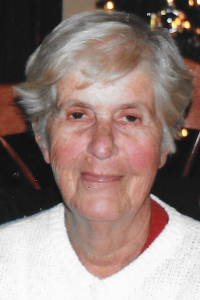 North Grafton - Dorothy J. (Corley) Urella, 91, passed away Thursday, June 2, 2016. Her husband of 51 years, Salvatore Urella, died in 2007. Dorothy was born in Worcester on July 11, 1924, daughter of Jessie (Pelley) and Charles Corley. She graduated from Commerce High School and the Salter Secretarial School. She leaves two beloved sons, Jeffrey Urella and Richard Urella and his wife Gini and their children Matthew, Jessica, and Jon-with whom she lived for many years; and a brother, Paul Corley and his wife Barbara of Rochdale. She also leaves two step-sons, Mark Urella and David Urella and his wife Denise; step-daughter Deb Cyr and her husband Rick; 8 step-grandchildren; and 12 step-greatgrandchildren. She was predeceased by her sister Bessie Caley and brother Charles Corley.

Dottie was a member of Epworth United Methodist Church. She was employed as an office manager at the former Alice Nilson Shop, the former Shepherd Knapp School, and retired from Ken Weld Co.

Funeral services at Nordgren Memorial Chapel, 300 Lincoln Street, Worcester and burial in Mountain View Cemetery, Shrewsbury will be private. In lieu of flowers, memorial donations may be made to Why Me & Sherry's House, 1152 Pleasant St., Worcester MA 01602.