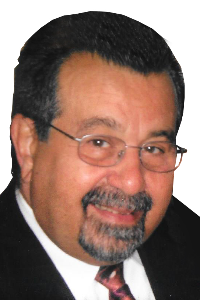 Worcester: Sarkis Surabian, 68, passed away peacefully, Thursday, May 26 2016, at Brigham and Women’s Hospital surrounded by his loving family. Sarkis was born on August 14, 1947 in Worcester, son of the late Annie (Kustigian) and Harry “Butch” Surabian. Sarkis leaves his beloved wife of 49 years, Thomasine F. (Weagle) Surabian; four children, Harry S. Surabian, Lisa A. Rogers and her husband Dana, Stacey L. Surabian, and Marc A. Surabian – all of Worcester; three grandchildren, Stephanie Rogers and her fiancé Richard Katinas III of Rutland, Alyssa Rogers and her boyfriend Anthony Aguiar, and Olivia DeMalia of Worcester; four brothers and sisters, Andrew Surabian and his wife Joanne of Shrewsbury, Solomon Surabian, Linda A. Michalak, and Nancy A. Kaminski and her husband Joe of Worcester; brothers-in-law, James Weagle and his wife Cheryl, Warren Weagle, Kenneth Assad, Thomas Michalak, and Joe Donovan JR; and sister-in-law Linda Surabian. He also leaves many aunts, uncles, nephews, nieces, cousins and friends.
Sarkis was a graduate of North High and Worcester Industrial Trade Institute (WITI) School. After he retired from State Mutual Life Insurance Company where he worked as a supervisor, he could be found at his family businesses; Belmont Tailors and Wachusett Plaza. When he wasn’t there, he was by the pool with his granddaughters grilling the best Armenian food. Sarkis also loved vacationing in Old Orchard Beach where he went every summer. He was the backbone of his family, and there was nothing more important to him. He was always there to support them and cheer them on, especially his “grand girls” who's accomplishments were his greatest source of pride. Sarkis could do anything he put his mind to, and he did it all for his family. Whether you needed an oil change, your street plowed, or your kitchen remodeled, Sarkis was the “go to” guy. He was a member of the Armenian Church of Our Saviour, and the family would like to thank Reverend Father Aved Terzian for his continued love and support.
Calling hours will be held at Nordgren Memorial Chapel, 300 Lincoln Street, on Tuesday May 31 from 4-8pm. A Dahngark Service will be held at the Funeral Home at 7pm. The Funeral Service will be held at the Armenian Church of Our Saviour, 87 Salisbury Street, on Wednesday June 1, at 11:00am. Burial will follow in Hope Cemetery. In lieu of flowers, donations may be made to the Armenian Church of Our Saviour, 87 Salisbury Street, Worcester MA 01609 or to St. Jude Children’s Research Hospital, 262 Danny Thomas Place, Memphis TN 38105.