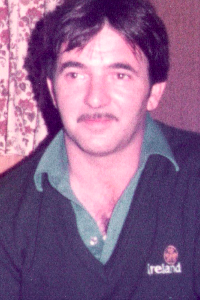 Noel was born in Killarney, Ireland on November 19, 1946, a son of the late Doni and Eileen (Breen) Clifford. He immigrated to the United States over forty years ago. Noel held many jobs until finding his true profession in Law Enforcement. He worked for over 25 years at the Worcester County Sheriff’s Office where he retired as the senior supervisor of maintenance. He was passionate about his music, singing and entertaining large crowds. He will be remembered for his Irish heritage and his ability to put a smile on everyone’s face.

He leaves behind his daughter, Deirdre Clifford of Worcester; sisters, Teresa Clifford of Cape Cod, Bernadette Van Arsdalen of Florida, Francis Murphy and Deirdre Fee, both of Ireland; Brothers, John, James, Donald and Richard Clifford all of Ireland; he leaves behind several nieces and nephews, all of whom adored him dearly.