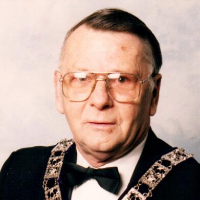 
Worcester, MA – Leo Beaucage, 85, died on Sunday, May 15th in the Shrewsbury Nursing and Rehabilitation Center.

Leo was born in Worcester, son of the late Omer and Noella (Biron) Beaucage and is also predeceased by a son, Leo; brothers, Richard and Roger Beaucage; a sister, Doris Prestes; a son in law, Peter Capistron and his former wife Shirley E. (Joubert) Beaucage. He was a veteran of the Korean War serving in the United States Army.

Mr. Beaucage worked for many years as a truck driver for local companies, including Carolina Freight, while he was a longtime member of Teamsters Local 170. Leo also worked as a Constable, Justice of the Peace, Notary Public and was proud and honored to be a Deputy Sheriff for the Worcester County Sheriff’s Department.

He was a lifetime member of the Worcester Lodge of Elks #243, and Auburn Elks where he volunteered for many different functions. Leo was also a member of the Lions Club and spent time volunteering for the Friendly House and local food banks. He was a member of the Southern Mass Police Association.

A funeral service will be held at 12 Noon in the Alfred Roy & Sons Funeral Home, 12 Hammond St. Worcester on Wednesday, May 18th with burial to follow in Central Cemetery, Millbury. Calling hours will be held from 10 to 12 Noon before the funeral service. In lieu of flowers, memorial contributions may be made to The Worcester County Food Bank or Alzheimer’s Association.

The family would like to thank the staff at the Shrewsbury Nursing Home, especially Lisa, Bridey, and all the aides and orderlies on Station One.