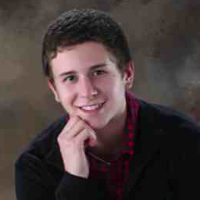 Patrick was born in Worcester on June 1, 1997 the son of Sean C. Merrick and Aimee E. Murphrey. He had attended Our Lady of the Angels School as a young boy and had graduated from Worcester Vocational Technical High School last year where he majored in Welding. Following graduation he continued to work at Ranger Automation Company in Shrewsbury where he had previously held a Co-Op position during school.

Patrick was an adventurous young man. He began riding ATV’s at the age of 6 and over the years enjoyed overnight ATV trips with his father and close friends, as well as several trips to Pismo Beach CA. Patrick loved the thrill of riding motorcycles. He was always looking forward to upgrading to the next better bike. He was passionate about snowboarding, so much that he welded his own rail for practice at home. From an early age he participated in Cub Scouts, Boy Scouts and as a teenager he was a member of the Worcester Sea Cadets (CL-144) division. He successfully completed an intense basic training, Master of Arms training, and earned a certificate of advancement to Seaman Apprentice. Patrick was an avid traveler and traveled to many places during his life, though he was most fond of trips to California, Florida, Maine, and Bermuda. Family was important to Patrick. He cherished the time he spent with his family, with Carlie McArdle his girlfriend of 2 years and her family, and his close friends, including Adam Wilcox, Josh Willis, Austin Lamonda and Mo Aldarawcheh.

He will forever be missed by his father, Sean Merrick and his wife Crystal; his mother, Aimee Murphrey and her boyfriend Steve Marusak; his sisters Abagail and Olivia Merrick; maternal grandparents, Linda Murphrey, John Murphrey and his husband Randy Shore; paternal grandparents Hallet Merrick and Grayce Merrick, and step grandmother Pauline Merrick; his great grandmother, June Merrick; his beloved girlfriend Carlie McArdle and her family; many aunts and uncles, cousins, and countless friends.

Patrick is predeceased by his Great-Grandparents, Leo and Teresa DiPinto

Visiting hours will be on Monday, May 16th from 4:00pm until 7:00pm at the CALLAHAN-FAY & CASWELL FUNERAL HOME, 61 Myrtle St., Worcester. Beginning at 6:30pm there will be a time to share stories and memories of Patrick. A Funeral Mass will be celebrated on Tuesday, May 17th at 10:00am at Our Lady of the Angels Church, 1220 Main St., Worcester. Burial will follow at Worcester County Memorial Park.

In lieu of flowers, donations can be made in Patrick’s name to GoFundMe page created by Our Lady of The Angels: www.gofundme.com/23yknjk4