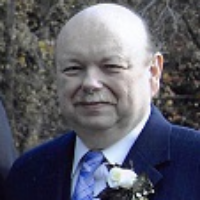 William R. Powers, 71, of Paxton, passed away Thursday, May 12th in his home. He leaves his wife of 37 years, Joanne C. (Ostrom) Powers; two sons, William G. Kelley and his wife Stella of East Brookfield and Daniel E. Kelley and his wife Cheryl of Rutland; a daughter, Susan P. Luna of Paxton; a brother, Robert F. Powers of St. Louis, MO; two sisters, Cynthia M. Flaherty of Holden and Pamela E. Flood of Palm Beach Gardens, FL; seven grandchildren; a great granddaughter; several nephews and nieces.
He was born in Worcester, the son of Robert F. and Ruth A. (Plitnick) Powers and lived in Paxton for many years. He was a clerk for the United States Postal Service in Worcester for 42 years, before retiring in 2004. Mr. Powers was a member of St. Columba Parish and had been a Little League Coach for many years. He enjoyed fishing and boating. Mr. Powers served in the United States Air Force during the Vietnam War. He loved to talk and especially enjoyed spending time with his children and grandchildren.
The funeral is Wednesday, May 18th with a Mass at 10:00 A.M. in St. Columba Church, 18 Richards Avenue. Burial will follow in Worcester County Memorial Park. Calling hours are Tuesday, May 17th from 5:00 until 7:00 in O’CONNOR BROTHERS FUNERAL HOME, 592 Park Avenue, Worcester. Donations in his memory may be made to the American Cancer Society, 30 Speen Street, Framingham, MA 01701.