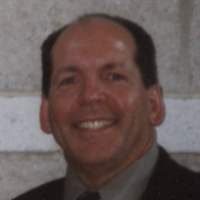 Kevin was born in Worcester on February 28, 1958, to Arthur N. Caissie and the late Diane E. (Fauteux) Caissie. He attended local schools and graduated from Worcester Boys' Trade School.

He began his career as a milk delivery driver for Lundgren & Jonaitis from 1983-1987. Following that he was employed as a driver for Polar Beverage Company and later worked for BJ’s Wholesale Club. He appreciated jazz and classical music. He also enjoyed cooking and was a big sci-fi fan. Kevin once was an active member of Jehovah's Witnesses.

Visiting hours will be from 11:00am until 1:00pm on Thursday, May 19th at the CALLAHAN-FAY & CASWELL FUNERAL HOME, 61 Myrtle St., Worcester.

In lieu of flowers, donations in Kevin’s memory may be made to