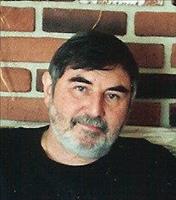 LEICESTER: Donald M. Guerra 73, of Pleasant St., died Friday, April 8 in St. Vincent's Hospital, Worcester after an illness.
He leaves his wife of 48 years, Aline M. (Ricord) Guerra, his daughters Tracy A. Eccleston of Spencer and Gina M. Smith and her husband Thomas of Leicester, a brother Michael Guerra, Jr. and his wife Patricia of Hopkinton, three grandchildren Jacob, Michael and Rhianna, nieces and nephews.
Donald was a machine operator at New Method Plating in Worcester for 30 years, retiring in 2014.
Born in Worcester, he was the son of Michael and Loretta (Harris) Guerra, Sr., and later graduated from Leicester High School. He was a member of the Knights of Columbus Council 4528 in Leicester, and the Leicester Rod & Gun Club.He enjoyed camping with his wife and family over the years at Oak Haven Campgrounds in Wales. He was an avid Red Sox and Patriots Fan. Don enjoyed trips with his friends to Cape Cod, Las Vegas and the casino.
The funeral will be held on Wednesday, April 13 from the MORIN FUNERAL HOME, 1131 Main St., Leicester with a Mass at 10:30 a.m. in St.Aloysius-St. Jude Church, 489 Pleasant St., Leicester. Burial will follow in Worcester County Memorial Park, Paxton. Calling hours are Tuesday, April 12 from 4 to 7 p.m. in the funeral home. Memorial donations may be made to the Multiple Sclerosis Foundation, 101A First Ave., Waltham, Ma. 02451.