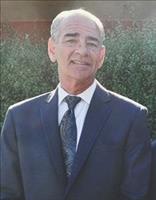 WORCESTER-James A. Doyle, 61, passed away on March 20th surrounded by his family.

He was born on March 3, 1955 to the late James A. and Pauline (Hannam) Doyle. He was a lifelong resident of Worcester. He attended St. John’s and graduated in 1973. Jimmy worked for 33 years at the Worcester County House of Corrections before retiring in 2009. He had a love for the ocean and enjoyed jet skiing and snow skiing with family and friends. He played in an over 40 football league for many years with friends and was an avid fan of all Boston sports.

The family would like to thank the Drs. Kasturi, Walsh, Fitch and Rava of the Cancer Treatment Center of UMass for their wonderful care Jimmy received during his treatment.

Visiting hours for Jim will be on Thursday, March 24th from 5:00pm until 8:00pm at the CALLAHAN-FAY & CASWELL FUNERAL HOME, 61 Myrtle St., Worcester. A funeral will be on Friday, March 25th at 10:00am in the funeral home. Burial will follow at St. John’s Cemetery.

In lieu of flowers you are encouraged to make a donation in Jim’s memory to a charity of your choice.