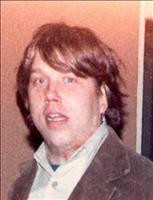 Worcester- Thomas Wright, 59, passed from this Earth on Thursday, March 10th at UMass Medical Center after a brief illness.

He leaves two sisters, Marie and Dorothy and a brother, Walter. As a five year old boy he was severely burned in a home accident. He suffered from the consequences of these burns for the remainder of his days. Despite these infirmities, he lived a productive life.

He was a beloved member of the Mustard Seed Catholic Worker Community for 40 years.

He was an exceptional cook, cooking for both the Mustard Seed Soup Kitchen and later for his housemates. Tom was also a skilled jewelry maker and he was featured in a Catholic worker film documentary, “A Life Worth Living”.

He leaves his housemates Richard Kozlowski and John Ingram, Geri DiNardo and many, many friends.

Visiting hours will be held on Monday, March 14th from 9:15 until 10:15AM at the CALLAHAN-FAY & CASWELL FUNERAL HOME, 61 Myrtle St., Worcester. A funeral mass will follow at 11AM at St. Anne’s Church, 130 Boston Turnpike, Shrewsbury. Burial will follow at Worcester County Memorial Park, Paxton.