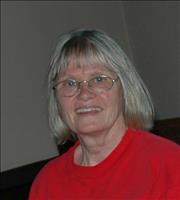 Eleanor May (Root) Burgess, formally of Natick, MA, died peacefully at her daughter’s home on February 21, 2016. Eleanor was born on December 6, 1932 in Cambridge, MA to Leland B. and Mary Patricia (Morrison) Root. Ellie grew up in Southampton, New York and held fond memories of her time there before the deaths of her parents. She moved to Arlington, MA to live with her grandparents, graduating from Arlington High in 1950 and Bates College in 1954 with a degree in Sociology and an invitation to attend graduate school at Simmons College. Over the summer during a catering job in the Boston area she met Arthur E. Burgess. They were married in 1955 and purchased a home in Natick, MA. While raising four daughters, Ellie was active at Saint Paul’s Episcopal Church as the President of Women’s Vestry and was one of the founders and an Officer of the FISH service organization. She was active in the PTA at the Natick schools volunteering in a variety of ways. She was employed in the customer service department of the Potpourri Group and was a distributor for Shaklee which allowed her to share her passion for healthy living. For many years she coordinated dog obedience classes through the Natick Recreation Department and was a mainstay as a clerk at the election polls at the Kennedy Junior High School. She was fascinated with history and genealogy and researched the Burgess, Root and Morrison families back to the 1600’s. She loved music, played the piano and encouraged her children to learn instruments and sing. In her later years in Natick she was active at the Senior Center teaching counted cross stitch classes, volunteering with their SHARE food program and as an avid member of the chair volleyball team. Throughout her entire life she raised her favorite breed of dog, the Keeshond, and cultivated beautiful perennial gardens at her Natick home. She is remembered for her love of family, her strong faith in Christ, her gratitude for all His blessings and her fierce determination and independence.
She was predeceased by her husband Arthur Edward Burgess and her daughter Linda May (Burgess) Odess in 1995 and her brother Lawrence D. Root in 2008. She is lovingly remembered by her daughters Gail Burgess of West Swanzey, NH where she was beautifully cared for at the end of her life, Nancy (Burgess) and Steve Olsen of Gainesville, GA and Emily (Burgess) and Tim Hale of Brookline, NH; her grandchildren and their families Becky (Odess) and Will Wood; Jonathan and Caitlin Odess; Greg and Haley Olsen; Scott Olsen and fiance Caroline Holland; Vanessa, Jacqueline and Charles Hale; and her great grandchildren Reese and Gabriel Wood and Evan Odess.
Calling hours will be held at the John Everett & Sons Funeral Home, 4 Park Street, Natick, MA on Tuesday, February 23rd from 5-8pm.
A funeral service will be held on Wednesday, February 24th at St. Paul’s Episcopal Church, 39 East Central Street, Natick, MA at 11:30am with a reception following in Sherrill Hall.
Private burial will be at Glenwood Cemetery, South Natick, MA.
Donations may be made in her memory to the Natick Senior Center, 117 East Central Street, Natick, MA 01760.