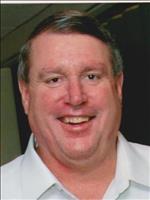 Charlton/Webster
John M. Arsenault, 57, passed away Friday, February 12, 2016 in his home.
He leaves his wife of 33 years, Eleanor M. (Brochu) Arsenault, a son, Nicholas P. Arsenault of Webster and a daughter, Elizabeth A. wife of Scott Herbert of Charlton, 2 grandchildren, Olivia and Colin Herbert, his mother, Madeleine (Manseau) Arsenault of Amherst, 2 brothers; Normand Arsenault of Holden and James Arsenault and his wife Margaret of Amherst, a sister; Maureen Weihs and her husband William of Wenham and 14 nieces and nephews.
John was born in Holden, the son of the late Ivon J. Arsenault. He graduated from West Boylston High School. He and his wife lived in Webster for many years and moved to Charlton in April 2015.
John worked for 38 years at the former Norton Co. now Saint Gobain and retired in September 2015.
When his kids were younger, he was active in coaching their soccer and t-ball teams. He was a scoutmaster of his sons Boy Scout troop for 10 years.
He loved to travel, most often in his 5th wheel trailer, but also flying and cruising to destinations both north and south. He also enjoyed playing his guitar.
Most recently, he has been enjoying playing with his two grandchildren (his buddies).
John was a loving husband, father, son, brother, uncle and grandfather.
John’s Funeral Mass will be Thursday, February 18, 2016 at 10 AM in St. Louis Church, 16 Lake St., Webster, burial will follow at West Ridge Cemetery in Charlton.
Calling Hours will be Wednesday, February 17, 2016 from 4PM to 8PM at the ROBERT J. MILLER FUNERAL HOME and LAKE CHAPEL, 366 School St., Webster.
Memorial Contributions in John’s Memory may be made to: Boy Scouts of America, Mohegan Council, 19 Harvard St., Worcester, MA. 01609.
On Line Guest Book or to Share a Memory of John, please visit: RJMillerfunerals.net