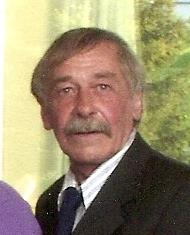 He is survived by a son, David Smilie of Martha’s Vineyard; his mother, Martha M. (Marshall) Smilie of Holden; a brother, Stanley O. Smilie and his wife Anne of Worcester; two sisters, Martha E. Smilie of St. Cloud, FL and Dawn M. Smilie of Rutland; grandchildren, nephews and nieces. Jimmy was predeceased by his father, Stanley O., Sr., a brother, Richard F. and a sister, Jessie M. Smilie. He was born in Worcester and was a Navy Veteran of the Vietnam War era.

Jimmy worked at Bancroft Motors as a salesman for several years. He enjoyed playing softball and bowling and spending time with his family and friends.


Funeral services and burial in Rural Cemetery will be private and held at the convenience of the family. In lieu of flowers, donations may be made in his memory to the Lutheran Home, 26 Harvard Street, Worcester, MA 01608.