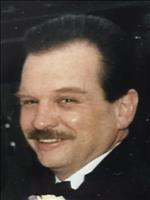 John E. “Butch” Powlics, 62, of Worcester was called home to God after being stricken ill at home on Thursday, November 5th; he died on Saturday, November 7th in UMass Memorial Medical Center – University Campus surrounded by his loving family. He leaves his loving wife of 46 years, Joan D. (Landry) Powlics; his daughter, Lisa Taunton and her husband, Edward of Shrewsbury; his son, Christopher Dansereau of Worcester; three grandchildren, Brittany, Tomy and Trinity; a sister, Cecillia Mason and her husband, Raymond of Worcester; two step brothers, several nieces and nephews. He was predeceased by a son, Jeffrey Dansereau.
He was born in Worcester the son of the late John and Evelyn (Cormier) Powlics and lived in Worcester all his life. John attended Downing Street and South High Schools. He joined the United States Marine Corps and was honorably discharged on April 14, 1971. Butch began his career as an auto body technician working in many local auto shops, retiring from Bancroft Motors in 1994 due to complications of diabetes. He then took up the career he truly loved carpentry, working on his home was his passion.
John was a kind and giving person, helping friends and neighbors whenever he could. He enjoyed spending time with his family especially his grandchildren and two dogs, Scrapper and Noel. In his younger years, he loved hunting with his dad in Vermont and fishing with his nephew and family. John was loved by and all he certainly could light up a room. He will truly be missed.
His funeral is Friday, November 13th from O’CONNOR BROTHERS FUNERAL HOME, 592 Park Avenue with a Mass at 10:00 AM in Blessed Sacrament Church, 555 Pleasant Street. Burial will follow in Notre Dame Cemetery. Calling hours are Thursday, November 12th from 5:00 until 7:00 PM in the funeral home.