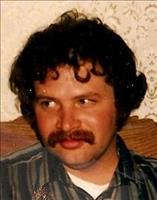 William was born in Worcester and attended Worcester Schools. He worked at Assumption College for many years before retiring. William enjoyed fishing, golfing, riding his bike and was a huge New England sports fan.

A Graveside Service will be held on Thursday, November 5th at 1:00 pm at Worcester County Memorial Park, 217 Richards Ave., Paxton. There are no visiting hours. In lieu of flowers, memorial donations may be made to a charity of one’s choice. Arrangements are in the care of FAY BROTHERS Funeral Home, 1 West Boylston St., West Boylston.