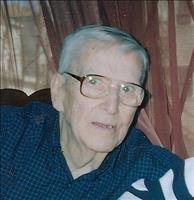 
He was born in Roxbury, son of Irish immigrants Joseph and Mary (King) Brennan, attended Commerce High School, Newman Preparatory School in Boston and University of Alabama. Joe served several years in the U.S. Army during which time he was stationed stateside in South Carolina and New Jersey and also at the Constabulary Squadron, Darmstadt, Germany. Joe was employed by the City of Worcester Department of Public Works for 40 years before retiring. Prior to that, Joe worked at Crompton and Knowles, Wyman Gordon and Providence & Worcester Railroad.

In lieu of flowers, donations in Joe’s memory may be made to St. John’s Food for the Poor, 44 Temple Street, Worcester, MA 01604.