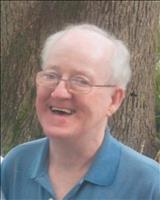 Bruce A. Auger, 79, of Worcester died Saturday, July 18th in St. Vincent Hospital. He leaves his wife of 61 years, Janice W. (Skeates) Auger; two sons, Thomas A. Auger of St. Petersburg, FL and Michael A. Auger and his wife, Marie of Westminster; two daughters, Carol Uppgard and her husband, David of North Oxford and Linda Jewel of St. Petersburg, FL; a sister, Judy Buehler of Sarasota, FL; 7 grandchildren, 6 great grandchildren and many nieces and nephews. He was predeceased by a brother, Everett Auger, Jr and a sister, Camille Auger.
He was born in Worcester the son of Everett I. Auger, Sr. and Ethel (Francis) Auger and attended Worcester Vocational School. Bruce worked for several area bakeries including Town Talk Bakery for 20 years. He also worked for the former Norton Company for 27 years in Diamond Products, retiring in 2001. Mr. Auger was a member of Grace Episcopal Church. Bruce was an accomplished bowler. He enjoyed taking the train to Boston and spending the day shopping with his daughters and granddaughters. He loved spending time with his family and was a nice man.
His funeral is Thursday, July 23rd with a service at 11:00 AM in Grace Episcopal Church, 270 Main Street, Oxford. There are no calling hours. In lieu of flowers memorial contributions may be made to Grace Episcopal Church, 270 Main Street, Oxford, MA 01540. O’CONNOR BROTHERS FUNERAL HOME, 592 Park Avenue, Worcester is directing arrangements.