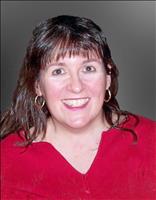 Laconia-----Jane E. (Poire) Babin, Esq, formerly of 24 Birchwood Way, passed away on March 4, 2015 after a courageous and inspiring eleven year journey with ALS (Lou Gehrig's Disease). Jane was born in Laconia on March 24, 1956 the daughter of Leo "Joe" and Therese (O'Mara) Poire. In 1970 Jane graduated from St. John School (now Holy Trinity) and in 1974 from Laconia High School. In the years that followed, Jane went on to earn Bachelor's Degrees in English and Business Administration as well as a Master's Degree in Human Resources Management from Plymouth State College. In 1989 Jane earned her Law Degree from Franklin Pierce Law Center. She then began a fifteen year distinguished career at Plymouth State University as a beloved and respected professor in the Business Department. In 2001 Jane received the Northeast Regional Teaching Excellence Award from the Association of Collegiate Business Schools and Programs. She continued teaching even after her diagnosis but was forced to retire in April 2005 due to her loss of physical strength. At that point she began her second teaching career by demonstrating how one can live joyfully with ALS, by speaking at churches and medical schools about the human face of ALS, by participating in several medical research trials at Massachusetts General Hospital and by inspiring medical professionals to provide compassionate care for the terminally ill. Her book "Pearls in the Pond" (a collection of poems and writings written over the course of fifteen years) was published in 2007.

During her teaching career Jane served on numerous committees at PSU and was admitted to the Bars in New Hampshire and Pennsylvania as well as the Bar of the United States Supreme Court. She was recognized with many honors during her career. In addition to the Northeast Regional Teaching Award in 2001, Jane was also presented an Honorary Doctor of Humane Letters by PSU in May of 2006 and the Silas H. Pearl Medallion for Distinguished Lifetime Service to Plymouth State University in 2005. Perhaps her greatest joy in life, though, came from watching with pride as her son Christian grew to adulthood.

Barbara, CA and Michael Poire of Corpus Christi, TX as well as nieces Jennifer Leahy, Erin Florek and Natalie Poire and nephews Jonathan Leahy, Christopher Poire and Nicholas Poire, as well as nieces Pam, Karen and Linda (daughters of her sister-in-law Doris Bolduc) grand nieces and grand nephews and many cousins, friends and PSU colleagues. She was pre-deceased by her father Leo "Joe" Poire, her paternal grandparents Hector and Gabrielle Poire and maternal grandparents Thomas and Josephine O'Mara.

Jane's family wishes to thank all of Jane's caregivers over the past eleven years, especially the caring staff at Rose Meadow Garden, Jane's cousin Darlene Ouellette Bolduc, as well as family, friends and colleagues from PSU who shared their time and talent to give Jane the richest life possible during the course of her illness.

Wilkinson-Beane-Simoneau-Paquette Funeral Home, 164 Pleasant Street, Laconia NH is assisting the family with the arrangements. For more information and to view an online memorial go to www.wilkinsonbeane.com.